I’ve recently uploaded four new videos up on to my Youtube ‘guitar channel’. They are there just to show some techniques that I hadn’t done anything with before, regarding the video stuff. The playing itself is just ‘noodling’ really, but it’s becoming more fluent ‘noodling’, as I’ve been playing for a while almost every day for a few months now.

Currently I play the guitar for fun really, it’s a world away from my ambient work, but I enjoy playing a ‘real’ instrument. It’s quite ‘grounding’ after all the computer music work I do. I think it’s good for the mind as well – engaging with the ‘abstract’ (if that’s what it is), nature of improvisation.

Using Pitcher with tremolo arm.
Using the ‘Pitcher’ pitch correction plugin, in FLStudio. Shades of the infamous ‘T-pain’ sound, but hopefully in a more unusual manner. Pitcher’s tuning is a bit ropey in places, but I guess that’s because I’m using it in a way that it wasn’t intended:

Pitcher and Slide Guitar:
Something a bit more restrained. Pitcher ‘fills in’ the notes when the slide is used and my less-than-pristine slide technique (regarding intonation) is covered up pretty nicely too !

ADT effect:
ADT type effect using the ‘GSnap’ pitch correction plugin.
http://www.gvst.co.uk/gsnap.htm Has an interesting effect particularly with vibrato. You have to set the dry / effect level to roughly 50% for this to work.  Note ‘wrong note’ (note outside the pre-defined scale) at 0:57 !

Fake Speed Guitar:
Lastly, here’s some ‘fake-speed-guitar’ with Pitcher and the Slide.
Just for a bit of fun…

I plan to release two albums in 2013, the work is currently in progress and a lot has been done already to get to the point of deciding what to release this year. I have a large pool of work-in-progress material that I’ve selected from and the process of auditioning material that might fit together and making rough initial mixes took some time . Release dates are still too nebulous to refer to, but I hope to get a least one finished before the Summer of this year (I try to look towards the seasons for release times, as opposed to specific dates). The working titles and brief descriptions of the albums are as follows:

‘NYX’ – a ‘hypnotic’ album. I decided to title this one ‘NYX’, as Nyx is the mother of the God of sleep ‘Hypnos’, I felt it was appropriate descriptor for the ‘tone’ of the material that will be on this album. There’s a wonderfully evocative description of the Greek Goddess Nyx on Wikipedia:

“She is found in the shadows of the world and only ever seen in glimpses.”

‘IRIS’ – a tonal, ‘instrument-based’ album. (in terms of the sound sources I’ve chosen to work with) ‘IRIS’ will probably will run to a long-form / ‘double-album’ duration.

Of course, things may change depending on how the work develops (‘IRIS’ was intended to be released last year !), but this is what I’m working towards. As ever, I will be employing new (to me) techniques and processes in the attempt to explore sonic pastures anew.  As an ambient composer, I still have a lot I want to achieve. 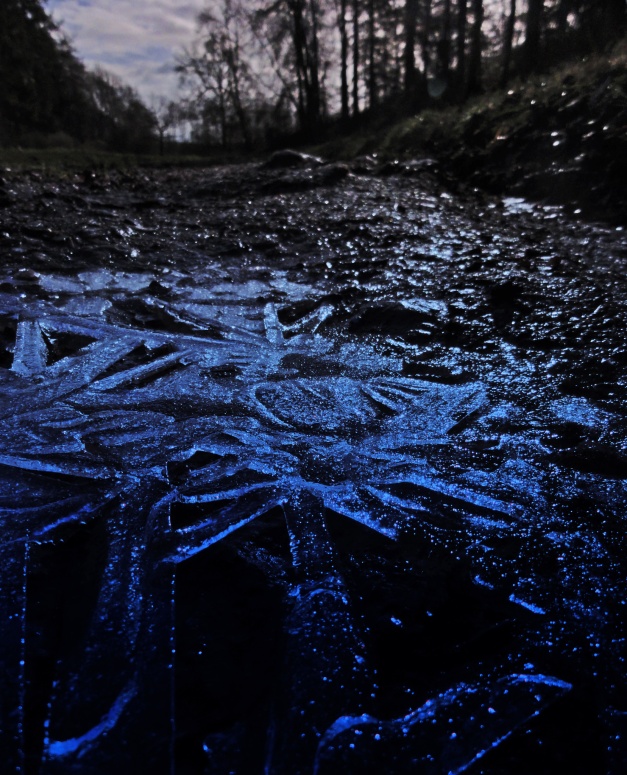 Posted by igneousflame on February 1, 2013
Posted in: Musings, Photography. Tagged: hippy van, out and about, photography, Sony HX5. Leave a comment

Part of my ‘out and about’ ongoing mini-project. The ‘Hippy Van’ shots were taken of an old (‘A’ reg) van that has been abandoned in a field near to where I live (out in the wilds). I found the paintings on the inside to be fascinating. I’d love to know the story behind the vehicle and it’s owners and why it was left in a remote field. The equally abandoned television by the van set up an interesting context thing too. 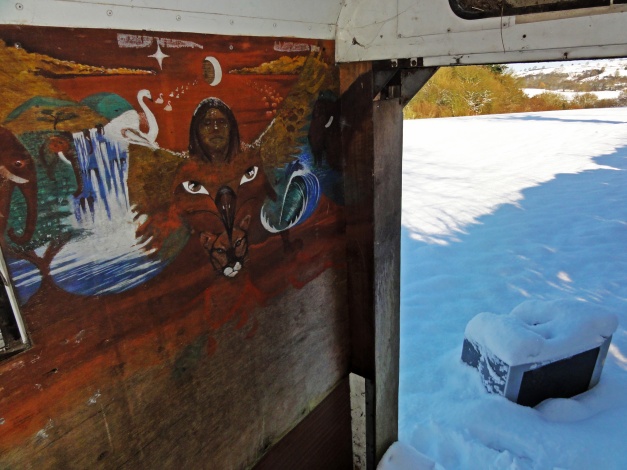